About Firewall mode in the Network Firewall

The BIG-IP Advanced Firewall Manager (AFM) provides policy-based access control to and from address and port pairs, inside and outside of your network. In this scenario, the network firewall is configured in Firewall mode, a default deny configuration, in which all traffic is blocked through the firewall, and any traffic you want to allow must be explicitly specified.

To understand this firewall scenario, imagine that your prerequisite system load-balances all traffic from the Internet to several internal servers. The internal servers are:

In addition, in this firewall configuration, there are three external networks that must be firewalled: 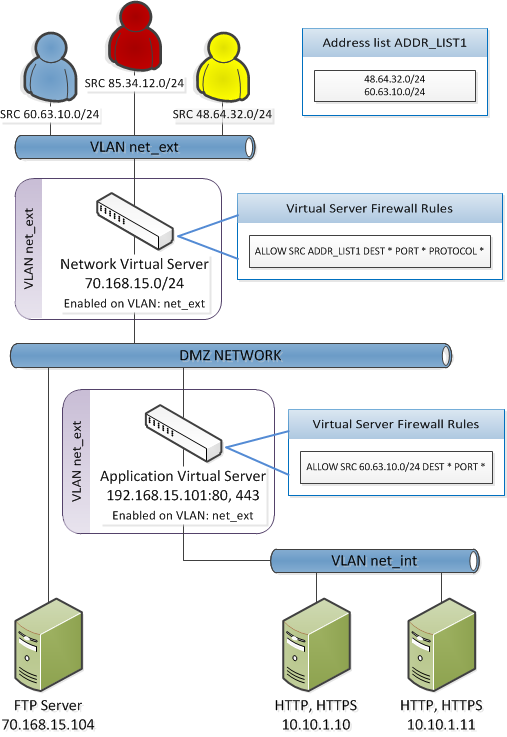 Creating a VLAN for the network firewall

Configuring an LTM virtual server with a VLAN for Network Firewall

Use this procedure to specify the address list to apply to allow access to specific source addresses.