How to configure DAG Modes

The Default DAG uses a hash of source and destination port. It is useful when ephemeral ports are used in client side and server side connections. When source and destination ports are the same TMM-0 will be used. This is an issue in that the traffic will not be load balanced and TMM-0 will quickly be overloaded. This DAG requires randomness in the source or destination port. If a client doesn't specify a source port then an ephemeral port will be used and Default DAG will work properly. Note, the ephemeral port must increment randomly or by single digits. If it's incremented by an even number, such as two, or by the number of TMMs then it's possible that it will hash to the same TMM or a small set of TMMs, which will negatively impact BIG-IP® system performance.

The SP-DAG uses a hash of source IP (from client) and destination IP address (server). This mode should be used when source and destination ports are hardcoded (for example 5060). In that case, a BIG-IP® system requires multiple client IP address or multiple server IP addresses. Keep in mind, most connections are initiated by the client and that's the "Source DAG" option. In this case, the "Destination DAG" could be a single IP, but the source client IP should have more that a single IP address.

RR-DAG was designed to overcome the low entropy limitations of Default DAG and SP-Dag; although for UDP only. Furthermore, RR-DAG is hardware only and can't be used in a VE. Round Robin DAG distributes traffic by sending each consecutive packet to a different TMM. It does not rely on the IP address, or source port, of the client. The Round Robin DAG is configured on a per-VLAN basis. 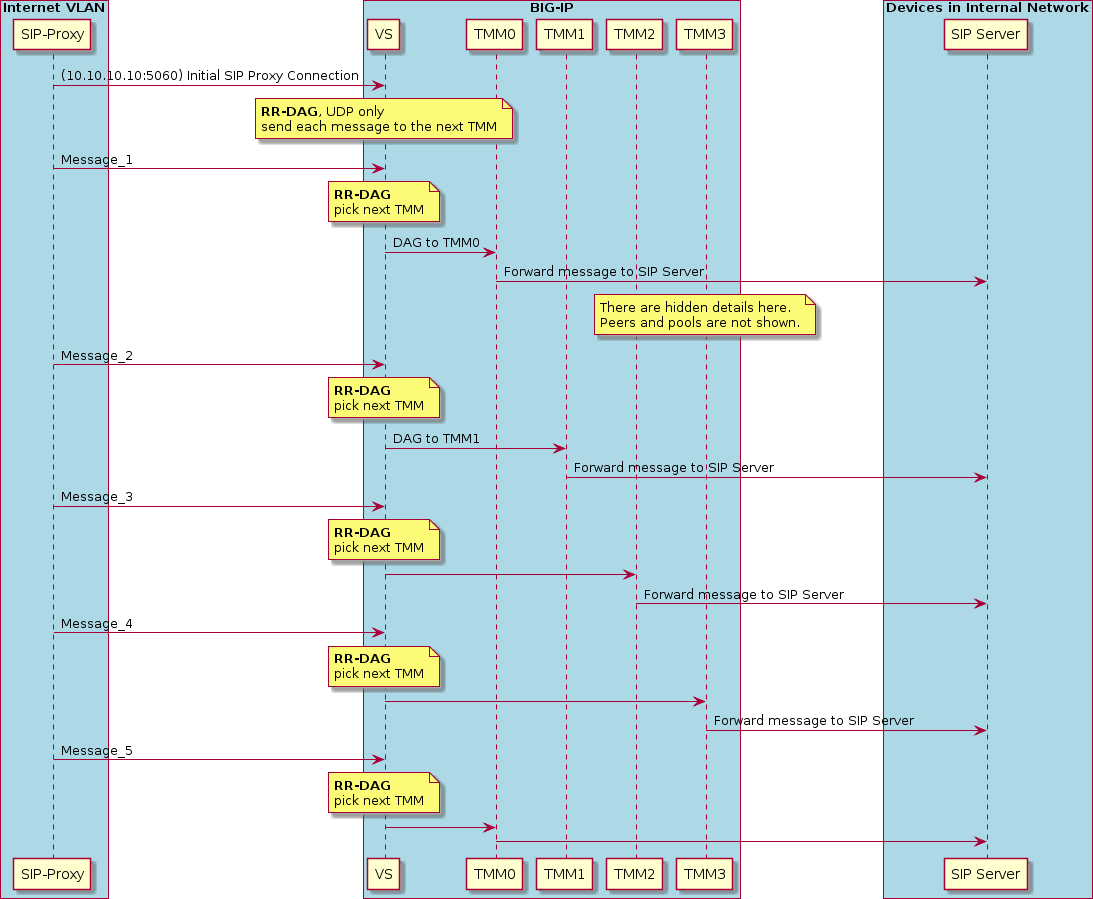