My Support
Manual Chapter : Configuring the BIG-IP System as a Reverse Proxy Server

Configuring the BIG-IP System as a Reverse Proxy Server 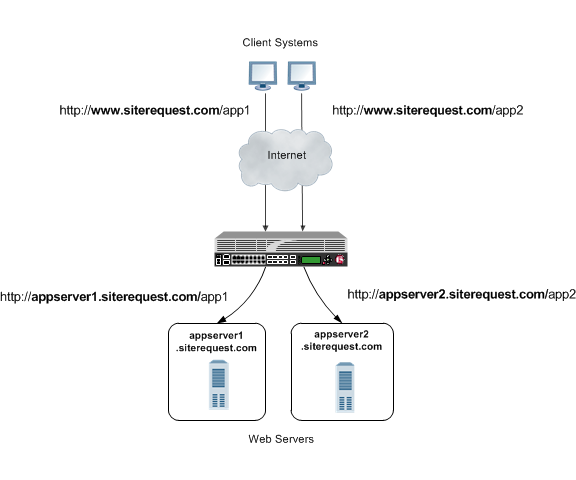 Note: This profile supports HTML and CSS content types only. To specify MIME types for HTML content, you can either create an HTML profile or accept the default values that the Rewrite profile uses, text/html and text/xhtml. For CSS content, only the text/css MIME type is supported.

Note: This profile supports HTML and CSS content types only. To specify MIME types for HTML content, you can either create an HTML profile or accept the default values that the Rewrite profile uses, text/html and text/xhtml. For CSS content, only the text/css MIME type is supported.
The BIG-IP system now includes two URI rules for performing URI translation on both requests and responses. For example, the host name in a request destined for http://www.siterequest.com/sales/ will be translated to http://appserver1.siterequest.com/sales/, and the host name in a request destined for https://www.siterequest.com/marketing/ will be translated to http://appserver2.siterequest.com/marketing/. A reverse translation occurs on any response.