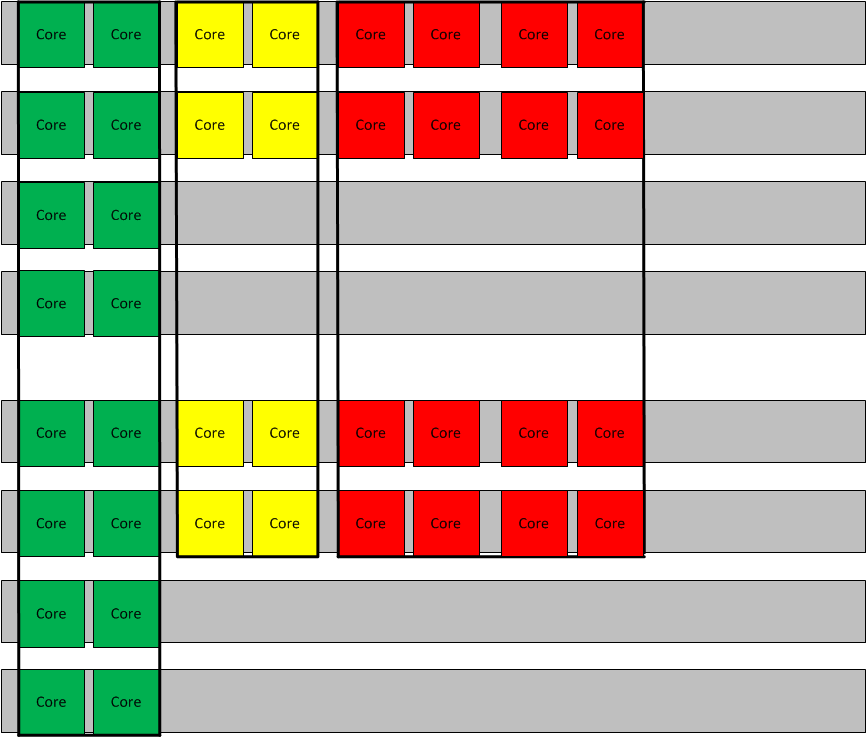 Within any Sync-Failover device group on a vCMP system, connection mirroring can only be implemented between exactly two guests, and the two guests must reside on separate chassis and be homogeneous. The term homogeneous normally refers to platforms that are the same model of hardware, but in the context of vCMP, the term refers to guests that are equivalent in terms of resource allocation; that is, the guests are deployed on the same number of slots with the same number of cores allocated to them.