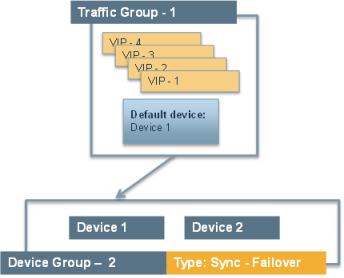 Important: After using the Setup utility to create an active-standby configuration, you can re-enter the utility at any time to adjust the configuration. Simply click the F5 logo in the upper-left corner of the BIG-IP Configuration utility, and on the Welcome screen, click Run the Setup Utility. Then page through the utility to find the appropriate screens.

Using the Setup utility, you can activate the BIG-IP® license and provision BIG-IP software.
The BIG-IP system license is now activated, and the relevant BIG-IP modules are provisioned.

Specify self IP addresses and settings for VLAN internal, which is the default VLAN for the internal network.

Specify self IP addresses and settings for VLAN external, which is the default VLAN for the external network.

Follow these steps to specify the local unicast and mirroring addresses that you want the BIG-IP® system to use for high availability. During the final step of running the Setup utility, the system exchanges these addresses with its trusted peer. If you are configuring a VIPRION® system, configure a multicast failover address as well.

On either device in the device group, you can create additional configuration objects, such as virtual IP addresses and SNATs. The system automatically adds these objects to Traffic-Group-1.